This article was published in partnership with the Nascita Montessori Centre of the North and its documentary collection.

What if we think we discover a lie in our child?

“Mom, the mistress said we should bring a roll of tape…”

A little girl would ask her mother something new every day. The mother asked the teacher and learned that she did not require anything of the kind.

She thought about her own attitude towards her daughter and acknowledged that, although she was generous with toys, she did not like to lend her the contents of her drawer: glue, pencils, etc., or buy these items from her at the stationery store.

By hearing the answer ‘no’, the little girl had found a way to acquire these objects, much more interesting for her than toys, and much more constructive.

Behind our children’s ‘lies’, we can often find a mistake on our part. This error is often too much of an influence on the child, forcing him or her to use indirect means to achieve the goal set for him or her internally.

Again, this is a deviation: the child has encountered an obstacle and is moving in another direction. Let us not be an obstacle in our children’s path.

But let us not take for lies all their words which are not true according to us.

The little child is an apprentice.

His mind is exercised, seeks; he can sometimes make mistakes. It is not by taking it back, by scolding it for a so-called lie that we will help it to see clearly.

Let’s help him with a clear atmosphere.

To a 4-year-old boy who says to his friends: “my daddy drives a big truck”, whereas this one is employed at the town hall, for example, we don’t answer naughty little liar; because it’s not on purpose that he has made reality turn sour.

An unconscious fault is not a fault.

He took, as often “his desires for realities”, it is so imposing a big truck! And he wanted his father, whom he loves, to have the pleasure of driving him.

The child always has a reason.

Let us look for this reason every time we see a disorder, a deviation. Even if we haven’t found it, let’s make it the positive atmosphere in which the defect cannot live. 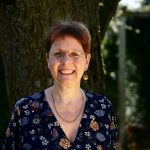 Educator of young children, founder of the concept and of the Parent-Researcher ® Workshops, which she distributes in France, Odile Anot is also the author of the book "Montessori at the heart of family life" published by Dunod; she reveals the strength of the Montessori proposal for today's parents.