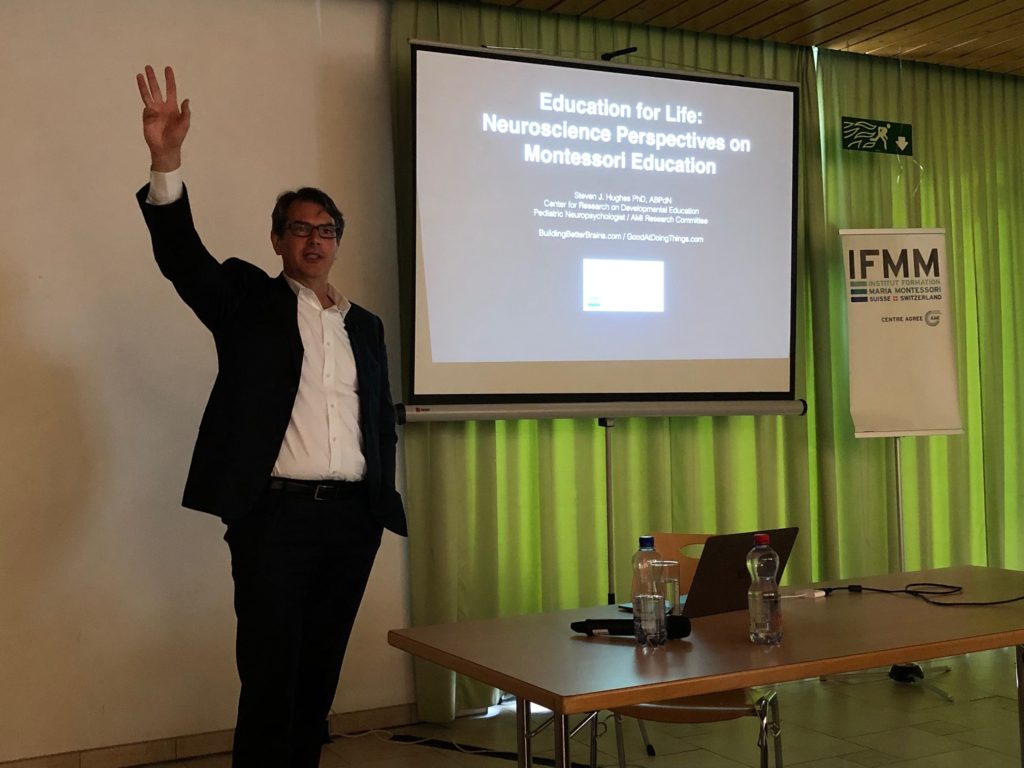 Dr. Steve Hughes, a renowned American pediatric neuropsychologist and a prominent member of the Research Council of the International Montessori Association, is no longer being introduced.

The purpose of his intervention in Vésenaz was the confrontation between Montessori pedagogy and neuroscience, through the key concept of Montessori as “education for life”. A complex program that Dr. Steve Hughes has made intelligible to everyone.

Beginning by recalling the specificity of living systems, which is to resist the second law of thermodynamics by extracting energy from their environment to survive, he presented the child as a living being lacking the skills necessary for survival. Hence the importance of freedom of movement for children, through which they will gradually acquire the opportunity to interact with their environment. The brain is thus an extraordinary tool for adapting to the environment.

The role of a Montessori environment is first and foremost to promote the child’s purposeful movement, which helps to build his or her brain. In this sense, Montessori pedagogy is directly an “aid to life”. 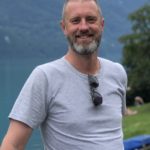 After 15 years of commitment into Montessori education and community in France and Switzerland, I have become a Montessori trainer for Administrators at Association Montessori Internationale. Still working at the middle school we founded in 2014 "College Maria Montessori des Aiglons" in Cruseilles, France, I try to contribute to a few projects serving more and better Montessori education all around the world. Montessori Action is one of these projects. I hope this platform will help many people to know more and many children to benefit from this wonder Maria Montessori brought to us as her legacy. In this blog I will share with you some of the experiences I have been lucky enough to take part in, as well as some of my personal thoughts about school leadership. As this would be considered from the Administrator's perspective, I have decided to call it "Director's cut". Hope you will enjoy!